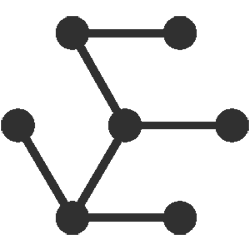 Decentralization is the process of distributing and dispersing power away from a central authority. Most financial and governmental systems, which are currently in existence, are centralized, meaning that there is a single highest authority in charge of managing them, such as a central bank or state apparatus. There are several crucial disadvantages to this approach, stemming from the fact that any central authority also plays the role of a single point of failure in the system: any malfunction at the top of the hierarchy, whether unintentional or deliberate, inevitably has a negative effect on the entire system. Bitcoin was designed as a decentralized alternative to government money and therefore doesn't have any single point of failure, making it more resilient, efficient and democratic. Its underlying technology, the Blockchain, is what allows for this decentralization, as it offers every single user an opportunity to become one of the network's many payment processors. Since Bitcoin's appearance, many other cryptocurrencies, or altcoins, have appeared, and most of the times they also use the Blockchain in order to achieve some degree of decentralization.